We live in a culture that is, in many ways, obsessed with death. From the violence of movies and video games (and the ways that violence is more acceptable to see than say, sexuality) to the the news that says, “If it bleeds, it leads.” Crime shows are popular season after season focusing on the death of innocents and the people who kill them.

It’s strange, then, that in a culture so fixated on violence, that we don’t do very well with dying and death. We lack rituals and traditions that would aid us in our mourning. We hide death away and pretend that it doesn’t exist and then we expect people to grieve quickly and quietly and move on.

And we often couch this refusal to deal with death in spiritual terms: “Oh, she’s in a better place now! or “Oh, he’s with God now!”Or we dismiss terrible tragedies by saying they are God’s will or that “Heaven must have needed another angel.” Terrible cliches that hurt the hearts and souls of the people on the receiving end all because we are unwilling or unable to face the harshness of death and how unfair and cruel it all is sometimes.

That’s why an observance like the feast of All Saints and All Souls stands in such contrast to how we usually deal with death and dying. Here is a day that asks us to stop and to remember. This day asks us to call to mind all of the people that have died; to remember them and to honor them. It asks us to look squarely at death. In some ways it asks us to confront our own mortality and the reality that some day we will all die. That can be scary and overwhelming. It can cause all sorts of emotions to well up within us.

But it also an opportunity to reframe our narratives around death and dying.

In Mexico there is a tradition called Dia de los Muertos or Day of the Dead. It’s celebrated at this same time of the year, but the festival takes on a different tone. The celebration is about more than just remembering the dead, it’s also about being connected to them. People build private altars with photos, they add mementos of the people they love, they cook (and pour out) the favorite foods and drinks of the dead, and they visit their graves and tell stories. The belief is that the dead can hear the stories being told and know that they are being remembered.

There is something so beautiful in this act of remembrance; in setting aside time to remember and to honor those who have died. Not only that but to believe that we are still connected to one another.

As Christians we are people who believe (or, on bad days, try to believe) in the resurrection. We believe that death is not the end; that Jesus, by his own death and resurrection, defeated death for all of us. It’s why we pray in the creed that we believe in the communion of saints, the forgiveness of sins, the resurrection of the body, and the life everlasting! We believe that life continues after death. We’re often not really sure what that looks like, but we believe it. We put our hope in it. And because of that belief and that hope we also believe that we are still connected to all of those who are with us no longer.

And when that power is removed we see death as the beginning of new life. We are able to see that the veil that separates us from those who have died isn’t permanent, nor is it impenetrable. Instead we remember that we belong to one another and are part of each other still. This is a mystery in a lot of ways, but this observance helps us to to live in the mystery by creating the rituals that we need to mourn and grieve and celebrate.

We also know that in the midst of grief it is okay to bring joy and celebration into our mourning and remembrance. We grieve the loss of our loved ones but we also tell the stories of what we have learned from them or the times when we laughed together. By bringing them into the forefront of our minds we bring their presence closer to us. We do all of this knowing that death is not the end; that when we die we enter into the arms of God who loves us. And everyone who dies becomes a part of that great cloud of witnesses who continue to cheer on those of us who are still living.

We know that in our living and in our dying we are never alone. We are a part of a great love, a great community, and we belong to one another.

There is a song by a band called “Delta Rae” and the chorus goes like this:

During this holy time of remembrance let us mourn and celebrate. Let us remember those who have impacted our lives, let us learn from the examples of the saints, let us remember that we all continue to belong to one another.

PrevPreviousI found the Garden of Eden
Next20,000 pastoral care emails…Next

If God Does Not Make Mistakes Why Are You Transgender?

Every time I tell my story in front of a religious group the question comes up. I know it’s coming. 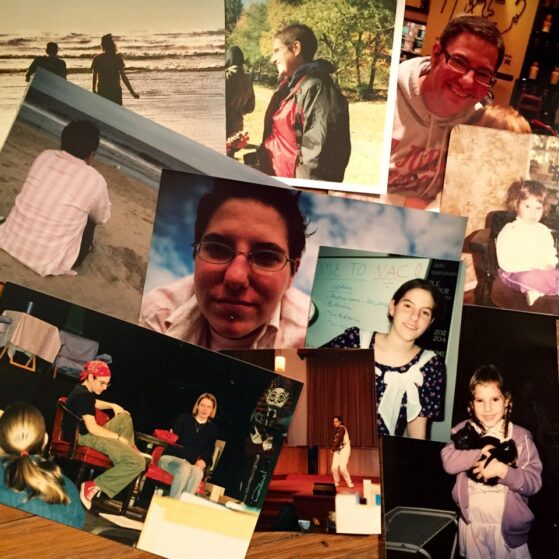 Just a couple of weeks after I returned home from the mission trip that changed everything, I packed up my