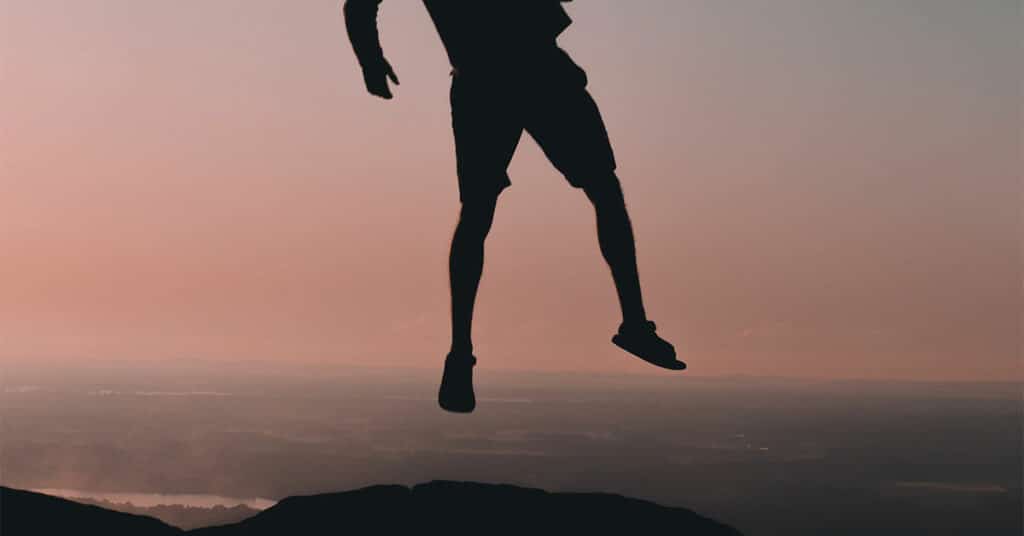 When LGBT people come out, we step into the unknown. For many, it is a daring (and potentially dangerous) act of faith.

Coming out has been my single greatest act of faith. It was greater than choosing to move across the country for college, greater than quitting my job at a television network and taking a 50% pay cut to work for The Simple Way. Coming out was a greater act of faith than when I turned my life over to Jesus and accepted Him as my personal Lord and savior.

I grew up attending an Evangelical Presbyterian Church. My parents met in high school on a bus to YoungLife camp. Our closest family friends were from church, or YoungLife, or otherwise deeply committed Christians. Of course we had friends who were non-religious or ob- served other religions (or practiced Christianity differently), but they were the exceptions that proved the rule.

My conversion experience was simple and brief.

Mr. McKinnon, my 6th grade Sunday school teacher, assigned us homework each week. One week, one of the questions asked if we had accepted Jesus into our hearts. My answer was no, I had not. The following week, he asked if I would stay behind class and we talked about my answer. I hadn’t accepted Jesus as my personal Lord and savior not because I was opposed—the moment had simply never arose. He asked if I wanted to, I said yes (I actually probably said “Sure”). That night, or maybe a few nights later, I laid in bed and asked God/ Jesus into my heart. And with that, it was done.

I don’t mean to understate my conversion ex- perience; it would go on to define my adolescence and young adulthood. Youth group was my central social activity throughout middle and high school and friends from church were among my closest and most steady. My evan- gelical Chrisitian faith led me to bring friends to church and camp for evangelism, inspired me to serve on work crew for YoungLife in high school and Summer Staff in college, it took me to the Czech Republic for a service project building playgrounds (and playing soccer and wall ball with neighborhood kids).

But while the ramifications of that decision were great, the moment of decision was calm and the consideration I gave it minimal.

My decision to come out was anything but.

Though I began to realize my attractions to other guys at around “that time when boys and girls begin to notice each other,” it wasn’t un- til two months before my 19th birthday that I told my friends and a month after that I told my parents.

Before coming out, I played out every possible scenario. How would my parents react? How would my friends react? What next… would I date? Would I ever be sexually active? How would I continue as a Christian? What would my employment opportunities be like?

What is the fate of my eternal soul?

I wanted to “have it all figured out” before coming out. To have a neat and tidy package to present to myself and to the world that said, “This is who I am, this is what I believe, and this is how I will operate within the world.”

That’s not how it happened. Instead, a time came when I knew that I could wait no longer.

My friend Logan Mehl-Laituri describes the moment that he knew he could no longer en- gage in violent combat within the US Armed Forces as a “crystallization of conscience.” I felt a similar “crystallization of conscience” — a moment when I knew that I could no longer remain silent about the reality of my life and spirit. I didn’t have all the answers, I didn’t know exactly how this truth would play out or what the future would hold, but I did know that I must act.

I remember the moment so clearly: an attraction between myself and a new friend that I met through high school friends. We were together at a mutual friend’s house watching a movie. We sat next to each other. And then, slowly, our fingers and hands began to inch together. I was approaching the point of no return. Eventually, they touched; then inter- locked. We held hands for the remainder of the movie and it was like I had been born again.

That night, after our friends had fallen asleep on couches and the floor, we shared our first kiss. The next day, I (belatedly) admitted out loud to him that I’m attracted to men. That night, I met up with my friend Jennifer and told her in person. The next day I told my other best friend, Amy. Slowly at first and then picking up pace, I told friends and they told others, and then I was out.
In hindsight, it seems so easy. Just say it:

“I need to change my body”

But in that moment, it felt like the entire world was on the line — and it was.
Before coming out, I had to deal with the pos- sibility that my parents would be furious or embarrassed or remorseful. Would they kick me out? (doubtful) Would they continue to pay for my college education? (Probably, but not certain) Would I be welcome back at my church? (unlikely) Would I ever be welcome in a church again? (unclear)

If anyone comes to me and does not hate his father and mother, his wife and children, his brothers and sisters- -yes, even his own life–he cannot be my disciple.

As I prepared to come out, I had to grapple with the reality that I might lose it all… every- thing I had known and loved and trusted and held dear.
But I had to do it.

I had to do it because I knew that there was something unshakeably true about my sexual orientation. And though I didn’t have the doc- trine or the theological precepts or the Biblical talking points nailed down yet, I also knew— knew in the core of my being—that that part of me was good, beloved, intentional, purposed.

Coming out was a risk, an act of faith. In fact, it was possibly my first real act of faith. And the lesson I learned from that experience contin- ues to inform my life and faith to this day.

Anything worth doing is worth losing everything for.

We often talk about Mary only at Christmas time, complete with images of her with the baby Jesus, for cutesy

Did you know that since QueerTheology.com started in 2015 we’ve received over 20,000 emails? Twenty. Thousand. And Brian and I