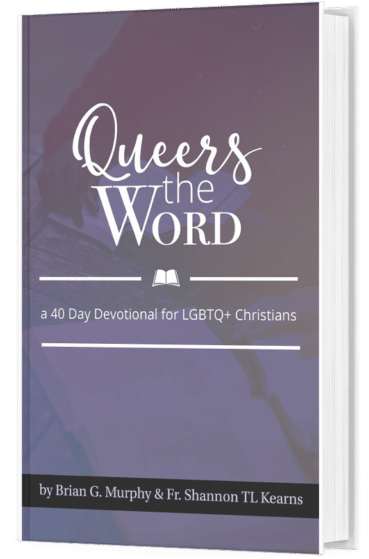 a 40-day Devotional for LGBTQ+ Christians

Have you ever wanted a daily devotional but couldn’t find one that affirmed your sexuality/gender identity? or took social justice seriously? Do you want something you can do in five minutes in the morning or can use for an extended time of study? Are you looking for a devotional that takes Scripture seriously, but also affirms the goodness of queer and trans people?

In this 40-day devotional you’ll find entries from a queer and trans perspective written to support you in strengthening your faith and affirming your identity.

You can buy this book in paperback through Bookshop to support a local bookstore or in paperback and Kindle formats on Amazon. You can also purchase an ebook version directly from this page.

“If you’re looking for a progressive devotional that takes the Bible seriously and social justice, and is LGBT affirming, look no further”

This devotional is perfect for students, couples, seminarians, pastors, straight/cisgender supporters and anyone who wants to dive more deeply into their faith through a queer/trans lens.

We love to see your faces with your books!
Got a book selfie? Tag us on social media with your selfie and we’ll share it to our stories! 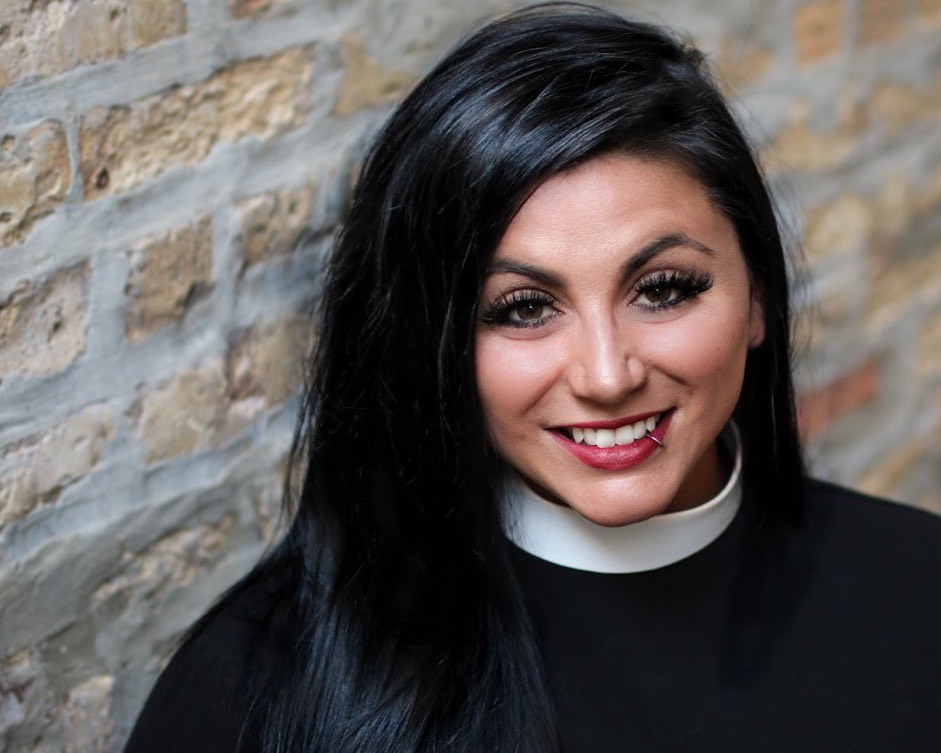 I am a queer clergy member with a significant online platform and I get asked for a daily devotional SO OFTEN, especially by other LGBTQIA+ people. I just got my hands on this 40 day devotional by my friends at Queer Theology and it is amazing.

It feels like a devotional for real people…there’s no dates so you don’t get “behind” if you miss a day. There’s options for reading a whole long Bible passage or, if you are short on time, they offer a highlight for you.

And the devos themselves are queer and rad af. I love the journal prompts and action items, it feels like a great way to integrate these ideas into our lives.

I want to buy it for every queer Christian I know. 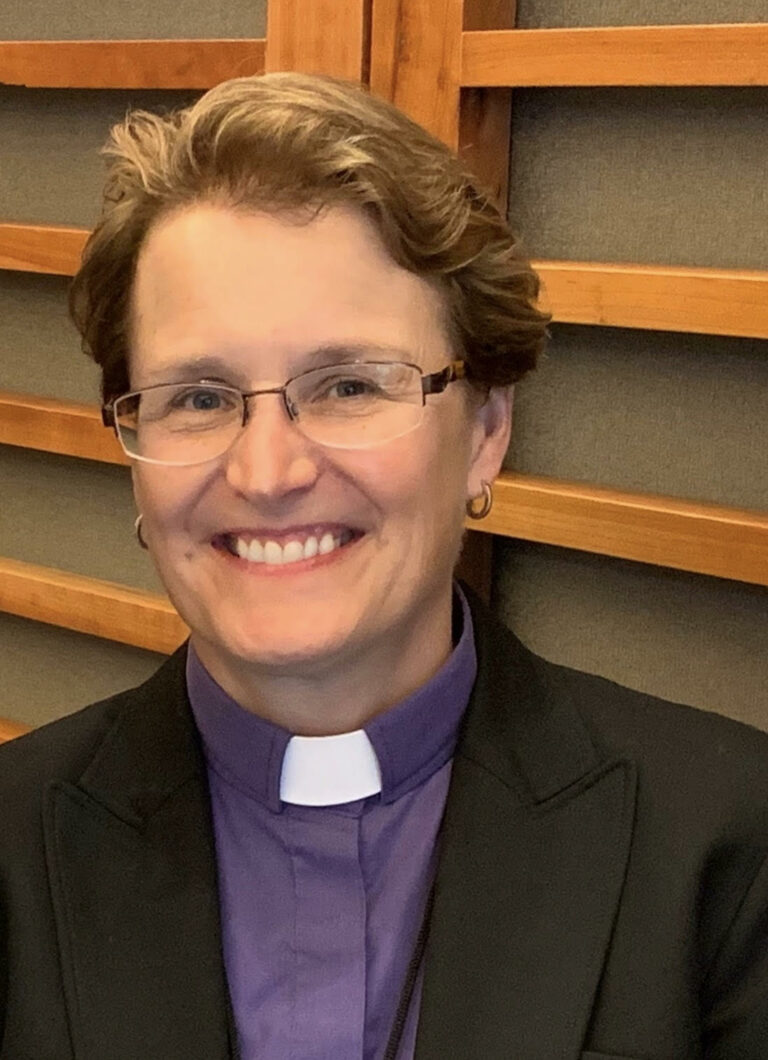 Queers The Word is a devotional that will be part of my own spiritual practice. It has a delightful combination of scholarship and personal stories, as well as activities that enrich understanding and provide inspiration and comfort. This volume is already a gift I am excited to give to other LGBT people and allies, and I know it will bless them as it has blessed me.

The first word that came to me was “generous.” This is a generous resource. You treat the scriptures as what I think they are: sources of abundant life, overflowing with good news, good challenges and rebukes, encouragement, and love. The second thing that I thought was that you have really captured the “queerness” of the Bible. It is specifically good news for people non-hetero folks, but it is also an invitation for every person to become “queer.” This devotion is accessible for me as a cis man. There’s a lot for me here, too. I love the structure–scripture, reflection, journal, action 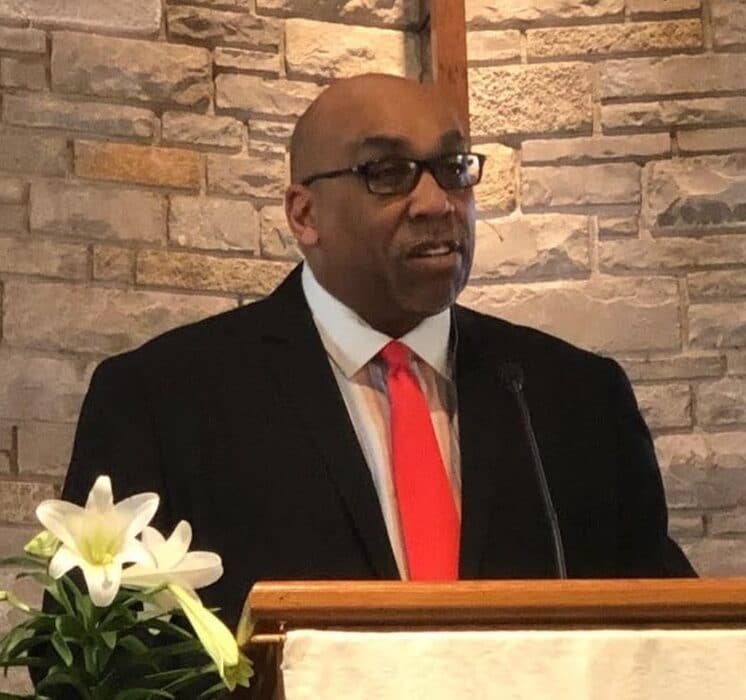 The concept of queering theology was just emerging as a part of liberation when I first engaged the subject over ten years ago.

I became a Christian at the age of nine, and an ordained clergy in 1982. Queers the Word was an eye opening experience for me. It re-affirmed for me that the scriptures are not changing, but rather that God gives us new eyes to see, clearer ears to hear, and fresh minds to discern God’s word through the power and movement of God’s Spirit. One of the blessings is that it forces the reader to view scriptures we’ve seen time and time again with a different lens and new perspective.

While Queers The Word‘s primary audience is LGBTQ Christians, it will strengthen all of our relationships with God.

“Never hit the buy button faster than today! With lockdown and everything, I’m in dire need of a daily devotional – and can’t imagine a better option than yours!”

This devotional is just the most heartfelt thing. I’m happy to have found a devotional that really addresses queer issues. My heart is a little fuller. Thank you. Highly, highly recommended!!

I’d looked for a LGBTQ+ devotional before and couldn’t find one so I was very excited when I heard about this. I just completed the first devotional and it was great. I love that the entries are not assigned dates. I’ve tried those before and always get behind and give up.

This book has been a long time coming. The queer community of faith often gets left out of the literary conversation when it comes to devotionals. Having this book allows me to support my faith. Such a great tool!

Are you interested in buying books for everyone in your small group, college group, or church? Maybe you want to give them out as graduation or confirmation gifts or make them available in your school’s resource center.

If you’re interested in bulk orders of 10 or more books, reach out to us and we can arrange a discount.

If your book club, small group, or church is reading the book together and would be interested in having Brian and Fr. Shay join a virtual meeting or do a presentation, we would love to connect! Reach out and we can make it happen! 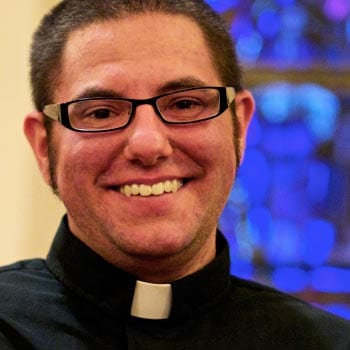 Father Shannon TL Kearns is a transgender man whose playwriting is obsessed with big questions told through small stories.

He is a playwright, Artistic Director, sometimes actor, speaker, priest, and theologian. He is committed to work by and for marginalized communities, using writing to create a new future for all of us.

Father Shannon TL Kearns is a seminary graduate (M.Div 2009 from Union Theological Seminary in the city of New York). He is a Priest in the Old Catholic Church. Shannon is the founder and Artistic Director of Uprising Theatre Company in Minneapolis, MN. He is the co-founder of QueerTheology.com. He was a Finnovation Fellow in 2019/2020, a Lambda Literary Fellow in 2019, and is a Playwrights’ Center Jerome Fellow for 2020/2021. 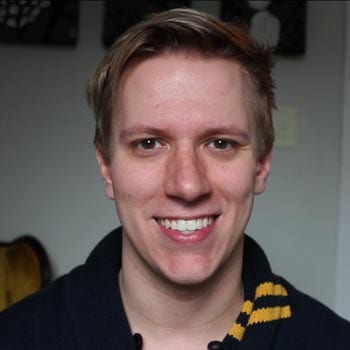 For the past decade, he has worked on social justice and faith-based activism. He participated in the 2007 Soulforce Equality Ride, co-founded Legalize Trans, and most recently partnered with Fr. Shannon Kearns to create QueerTheology.com.

Through his work as a coach and content creator, Brian helps LGBTQ+ people claim their sexuality and gender, set healthy boundaries, develop meaningful spiritual practices, and step into an ever-more fulfilling life, all the while spreading the good news of the queer gospel to straight, cisgender Christians as well.

Brian has spoken about faith, sexuality, gender and justice at dozens of colleges and conferences across the USA.

About the Queer Theology Team

When Brian G. Murphy and Fr. Shannon TL Kearns started QueerTheology.com in 2013, the prevailing conversation on LGBTQ+ issues and Christianity was narrowly focused on “apologetics”—that is, making the case that “it’s ok” to be LGBTQ+ and Christian. Books like Torn by Justin Lee (2012) and God and the Gay Christian by Matthew Vines (2014) rehashed the same arguments that authors and theologians have been making for decades.

Something new was needed.

QueerTheology.com set out to make the work of queer theology academics accessible and useful to everyday Christians, both queer and not.

Brian G. Murphy and Fr. Shannon TL Kearns started something new with the conversation at the intersections of LGBTQ+ lives and Christianity — focusing on the inherent goodness and the unique gifts and blessings of queerness, rather than reacting against what we are not.

Together, they’ve started and broken open conversations around

Their message has reached over 1,000,000 people in over 200 countries and territories through their website, podcast, and videos.

More than that, it’s inspired a new way to talk about gender, sexuality, and justice that has been replicated by others including hashtags, books, podcasts, and apps. They have forever changed the public discourse around queerness and Christianity.