The first step in coming out LGBTQ as an Christian 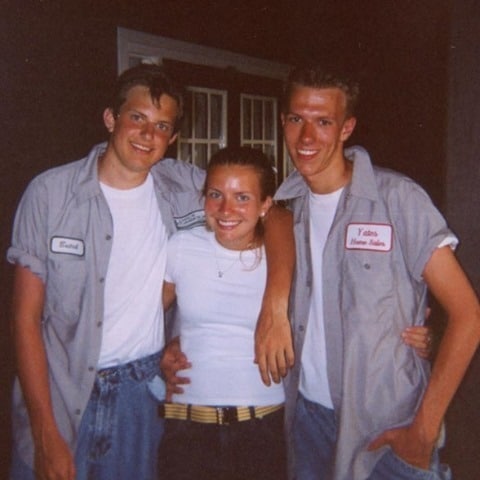 Falling in love for the first time ruined me. I was 16 and the summer after my junior year of high school changed everything.

I’m wondering: what are your earliest memories of your queerness? Would you reply and let me know? Send a message or drop into our DMs.

For me, it started first with guys catching my attention in a way that I couldn’t quite identify.

Certain friends making more of an impression on me than others. I didn’t have any other idea of what it could be other than just “I want to be his friend.”

When I realized that sort of thing might be “gay,” it was easy enough for me to brush off. If that’s gay, then gay is an action. And if gay is an action, I can just… not do that.

That’s why, the first time I realized I had feelings for a guy, it ruined me.

I wanted to be close to him.

I wanted to hold him.

I wanted to be held by him.

I wanted him to see and understand me fully.

I wanted to see and understand him fully.

I wanted to support him and nurture him and build something special together with him.

And yes, I wanted to kiss him too.

And… I didn’t quite know what to do with that.

How could that be wrong?

And how could I stop caring about someone? I don’t think I can.

That sent me on a path to figure out “what the Bible said about homosexuality” and how this… whatever THIS was… might fit in (or not) with my Christian faith.

I did what lots of LGBTQ Christians do—what you might have done—I researched those “clobber passages” or texts of terror.

I made a short video series about that experience. About seeking to understand “what the Bible says” and about what I discovered. You can watch that below.

But ultimately what I found was unfulfilling.

There weren’t enough articles I could read about “those verses” to ever fully assuage my doubts.

Thankfully, I found something else that did. And that something became the basis for QueerTheology.com eight years ago.

I’ll share more about that soon. Make sure you’re subscribed to our emails to hear. You can do that below.

“But if we accept homosexuality, what then? It will be anything goes.” The Bible (as interpreted by a certain type

What the nativity can teach LGBT Christians

They returned to their country by another route. – Matthew 2:12 I stood in the wind and rain on a