One of the wonderful things about serving churches that have a long history is the stories that you hear. One of my favorite stories is this one: In the late 1800’s a church near here had their usual Sunday morning service. On this day the preacher got up and preached a fiery sermon about the evils of alcohol. Now, this wasn’t some teetotaler on a rant, this was a pastor who was tuned in to the needs and concerns of his community. He knew that alcoholism was having a detrimental effect on the families in his city. Men were sitting in the bars and spending all of their money while allowing their families to starve. This wasn’t just a moral problem, it was a social one as well.

His sermon struck a nerve. The women in the congregation left fired up and they went and handed out fliers at all of the local bars and pubs demanding they be shut down. This did not go over well. In the night the local bar owners gathered and they burnt the church to the ground.

I don’t know about you but as I’ve been looking at the world around me lately it’s hard not to feel powerless. It’s hard to know what to do. I look at massive issues like school shootings and our obsession with guns, the increase of people living in poverty, the massive jump in hate speech and hate crimes toward many marginalized groups, and I feel overwhelmed. I feel anxious. And I wonder what my faith can do about it. What my faith calls me to do about it.

Does any of this resonate with you? Do you wonder what your faith calls you to do in the world? Do you wonder how you can make an actual difference in the huge problems facing us?

Well, if today’s Gospel is any indication, flipping some tables is definitely an option.

Today’s Gospel is one that makes some people uncomfortable. It’s unsettling. We’re used to thinking of Jesus as a healer and teacher. Mild mannered, almost meek. He’s kind and eats with sinners. He’s quiet and doesn’t make too much of a fuss. That’s often how Jesus is presented.

And that’s how we’re told to present ourselves and our faith. Our faith is quiet and private. It’s something we do for ourselves or with our family and in church. We’re not like those other Christians who use their faith as an excuse not to bake cakes for gay couples or doctors who say that they should be excused from treating transgender people because it goes against their religion. No, our religion helps us to be good and kind and love our neighbor. But not to make too much of a fuss.

But then Jesus comes into that Temple and goes a little wild. What is happening here?

This story, of Jesus clearing the Temple, happens in all four Gospels which is a rarity. And it also means that it’s a story that we should pay attention to. If it shows up all four times it definitely means something.

In the other three Gospels this story happens late in the game. After Jesus enters into Jerusalem on Palm Sunday he goes to the Temple and clears it. It’s these two actions: the nonviolent protest parade of Palm Sunday and the action of clearing the Temple that set into motion the events of Jesus’ arrest and crucifixion.

Except not in the Gospel of John. In John’s Gospel this event happens right at the beginning of Jesus’ ministry. He turns the water into wine at the wedding in Cana and then heads to Jerusalem and flips over some tables. Then he leaves Jerusalem and goes into other towns to spread his message.

Why the different order?

What is the writer of John trying to tell his audience with his placement of this story? (As a side note, every time someone says reading the Bible is boring I am convinced it just means that they don’t have the tools to read it and really dive in. If you want more on that, check out What is the Bible? by Rob Bell)

In this passage, the writer of John is making a statement about the meaning of Jesus’ life and ministry. Jesus is here to declare that needing to go somewhere specific to worship God isn’t necessary. Jesus is saying that God is with you, where you are. Later on he’ll say it even more explicitly when he talks to the woman at the well in John 4.

But his turning over of the tables is also saying something else: he’s critiquing the way that religion and politics and money are getting mixed up together. He’s saying that when you are only concerned with worship and not with justice, then your religion has become bankrupt. We have to remember that this isn’t a Christian critique of Judaism; this is an insiders critique of his own tradition. Jesus isn’t some outsider saying that they way they are doing things is wrong, he’s an insider saying that the system is broken. It’s unjust.

Which is totally unlike today, right?

So what’s our role? And how in the world does this have anything to do with fiery sermons and church arson? I’m glad you asked!

It can be easy to pat ourselves on the back and say “We’re so glad we’re not like those other christians.” You know the ones who refuse to bake cakes or treat transgender people or who get loudly involved in politics.

But, if when people hear the word Christian those actions and behaviors come immediately to their mind (and they want nothing to do with it) then it means that we’re not fulfilling the calling of the Gospel. We might be living out our faith in our daily lives, and even voting our faith in the polling booth, but maybe we need to take a step further.

Jesus’ actions in the Temple with the tables tells us that it’s okay to be angry at injustice. It’s okay to yell about it. It’s okay to shout “This is not okay! This must stop!” In fact, it’s more than okay, it’s our responsibility!

And after we get angry then we get to work. We start to mess up the systems that allow injustice to occur. Maybe that means voting, but it probably also means protests and boycotts. Not shopping at stores that sell certain types of things, making our stances known with our dollars and our bodies.

I can feel some of you thinking that politics doesn’t belong in church. That our faith and our religion should be separate, that the putting of religion in politics is what got us where we are in the first place. And on the one hand, I agree. On the other hand, everything is political. And everything is spiritual. Which means that the two cannot be separated. It’s impossible.

What we believe about who God is and what the kingdom of God looks like will absolutely affect how we behave in the world. It would be impossible for it not to.

And at every turn we should be telling people about Who is influencing our actions. Do you care about environmental justice because of your faith? Do you care that your church is welcoming of LGBTQ people because of your faith? Do you feel like it’s your faith that calls you to speak out about injustice whenever and wherever you see it? Then be loud about it! Talk about it! Tell everyone you know. It doesn’t have to be in an effort to convert them, simply to say “This is why this matters to me.” I am compelled to care about these things because of my faith.

I love the story about the church being burnt down because those were some people that were fired up by their faith. They made enough noise that people heard them and were moved to do something. And yes, sometimes when you protest people with power and make your voices heard they get angry. It’s okay to make people angry in the pursuit of justice! They might try to burn your church down. They might try to silence you in any way they can. You might find, as Jesus did, that you make enemies that try to kill you. And that’s terrifying. But you’re in good company and you’re doing God’s work.

Daniel Berrigan, one of my heroes, was a Jesuit priest who protested the war in Vietnam. He got into loads of trouble doing it. In one instance he along with other poured homemade napalm on draft files in order to stop young men from being drafted. When he was arrested he said; “Better the files burn than the bodies of children.”

So may we turn tables, may we get fired up, may we be fearless in the pursuit of God’s justice. 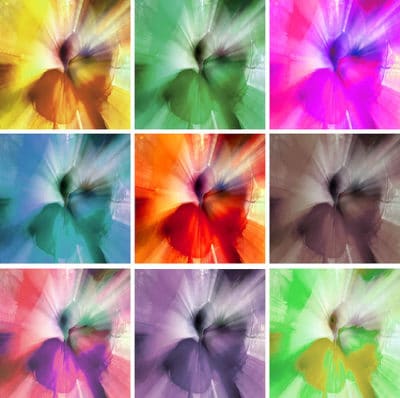 We Were Never Meant To Survive

A sermon given for Pride Sunday. The text is: Luke 4:1-22 I am honored to get to preach today, a

When I was 21, a conversation with my parents about health insurance devolved into an argument about my queerness. I