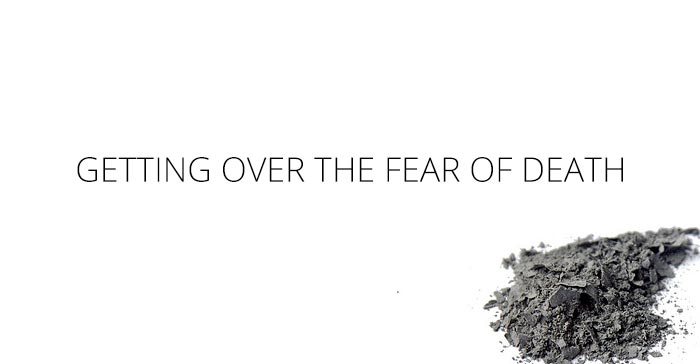 Ash Wednesday, a day that marks the beginning of the Lenten season, was earlier this week. Ash Wednesday wasn’t observed in my church growing up. Actually Lent wasn’t either. We pretty much just jumped in with Palm Sunday. So let me give a quick run down:

Lent is the 40 days leading up to Easter (not counting Sundays). In the early church it was a time for new Christians to prepare for their baptisms and entrance into the church. For other Christians it was a time of prayer, fasting, giving to charity and personal examination.

To kick it all off, the church observes Ash Wednesday. They burn last year’s branches from Palm Sunday and mark each other with the sign of the cross on the forehead with the words “Remember you are dust and to dust you shall return.”

It’s a somber experience, to be marked with a cross, to be reminded of your human frailty. Sometimes we shy away from it, we shrug it off, we say it’s too depressing or harsh. And it is all of those things, but I think that’s also what makes it beautiful.

Yet, I also believe that as Christians we are people of the resurrection. Death holds no power over us. In some ways Ash Wednesday is one of the most powerful and subversive days of the Christian calendar. You are dust, and to dust you shall return. However, death has no power over you. There is nothing there to be afraid of. When we die we are thrown into the loving arms of God.

I think of the fierce AIDS activists who were part of ACT UP. In the moment when they felt like they had nothing left to lose, that was when they became their most powerful. They chained themselves to gates, had sit ins at the White House, demanded more funding and more research. And they got it. They were willing to put their bodies on the line.

When you get over the fear of death you are able to do powerful things. This isn’t just a cavalier disregard for human life or a denial of normal bounds of safety. Instead it’s a conscious walk toward danger in order to fight for liberation. We can make that walk because we know that death is not the final answer.

The journey of Lent is wrestling with the fear of our own mortality. It’s wrestling with the times we choose to play it safe instead of doing what we know is right. It’s a time to repent of the ways that we participate in systemic injustice and of the times when we don’t speak up. This isn’t self-flagellation, it’s honest assessment so that when the time comes we can do what’s right, no matter the cost.

Growing up, I was taught that the Bible was God’s love letter to me. But after I came out, I

How To Find Community After Leaving Church