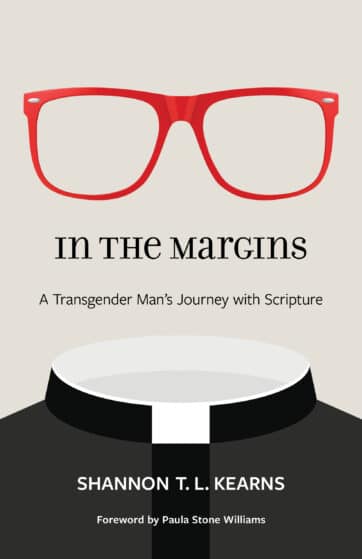 A Transgender Man's Journey with Scripture

You can pre-order this book wherever books are sold! We’ve put some links above to make it easy.

Through scriptural reflection and personal stories about gender identity, an ordained priest moves the conversation beyond transgender inclusion to demonstrate the unique and vital theological insights transgender Christians can provide the church.

Father Shannon Kearns is familiar with liminal spaces. He’s lived in them his whole life. And while his experience as a transgender man has often made it difficult for him to fit in—especially in the context of Christianity—it has also shaped his perspective in important ways on complicated, gender-transgressing aspects of theology and Scripture.

In the Margins weaves stories from Shannon’s life into reflections on well-known biblical narratives—such as Jacob wrestling with the divine, Rahab and the Israelite spies, Ezekiel and the dry bones, and the transfiguration of Jesus. In each chapter, Shannon shows how stories have helped him make sense of his own identity, and how those same stories can unlock the transformative power of faith for those willing to listen with an open mind and stand alongside him in the in-between. 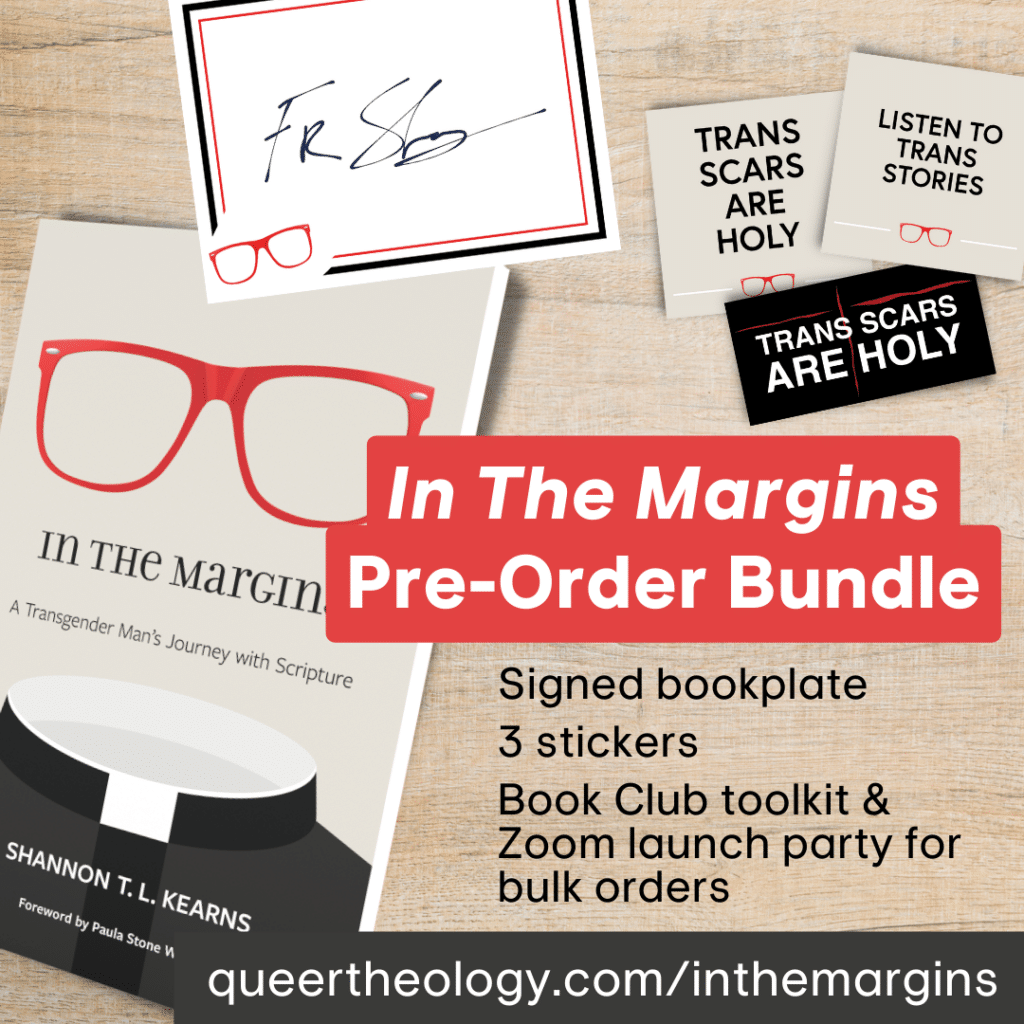 Have you pre-ordered a copy? Click here to get your bonuses! 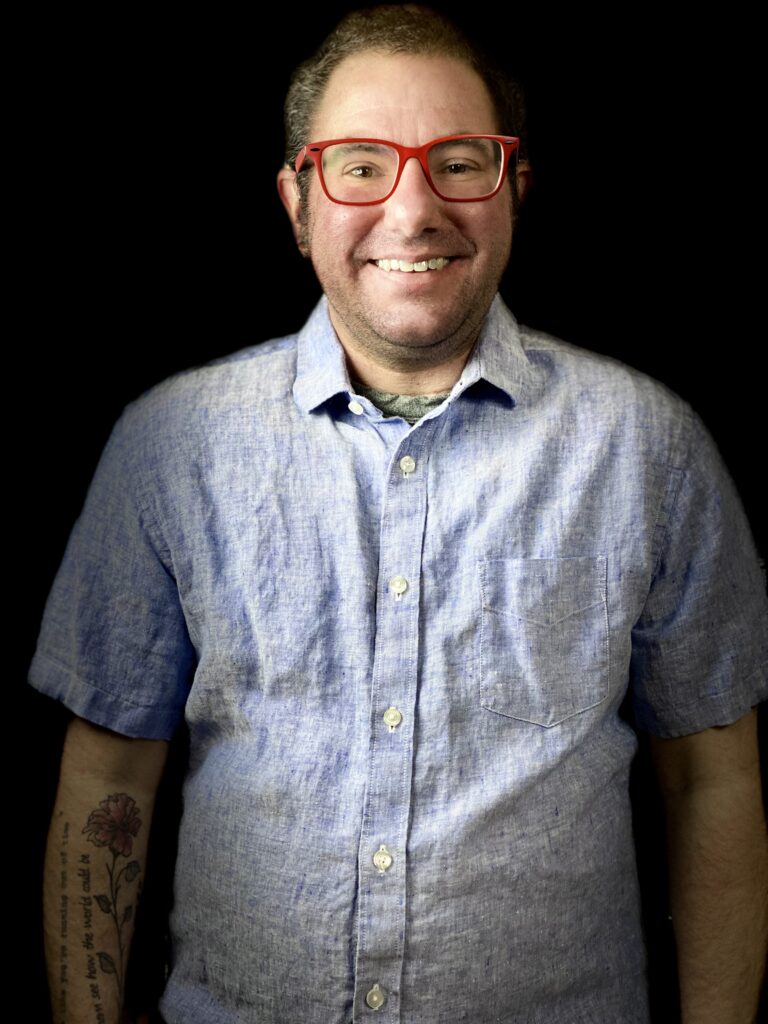 Father Shannon TL Kearns is a transgender man, an ordained priest, and a believer in the power of stories. Selected recognition: Winner of the ScreenCraft Pitch competition, finalist for Bull City Film Festival for his pilot Transformed and Official Selection of the New Hope Film Festival for Transformed. He was selected to be a Lambda Literary Fellow in Screenwriting for 2022. He is a playwrights’ Center Jerome Fellowship, a playwright in residence at the Inge House, Seven Devils’ Playwright Conference, Lambda Literary Fellow in playwriting, and a Finnovation Fellow. He was a semi-finalist for the O’Neill and a finalist for the Blue Ink playwriting award. Shannon’s plays include Body+Blood, in a stand of dying trees, Line of Sight, Twisted Deaths, The Resistance of My Skin, and Who Has Eyes To See.

Shannon’s first book, In the Margins: A Transgender Man’s Journey with Scripture will be published by Eerdmans Publishing in August of 2022. He is a sought after speaker on transgender issues and religion as well as a skilled facilitator of a variety of workshops.

His work with Brian G. Murphy at QueerTheology.com has reached more than a million people all over the world through videos, articles, and online courses and community.

Shannon’s plays include Body+Blood, in a stand of dying trees, Line of Sight, Twisted Deaths, The Resistance of My Skin, and Who Has Eyes To See. Shannon’s television pilots include: The Family Unit, Transformed, and Freedom, Kansas. He and his plays have been: a finalist for the Equity Library Theatre of Chicago’s Reading Series, 2019 TransLab, and American Stages 2019 New Play Festival, semi-finalist for the New Works series at Garry Marshall Theatre. He was a semi-finalist for SPACE on Ryder farm in 2020.