When I was coming out, I did what seems to be the typical former evangelical process: I read every book about the Bible I could get my hands on. I read articles about the so-called “clobber passages”, I read interviews with theologians, I asked questions of pastors.

Here’s what I have learned: I don’t have to let other people set the rules of conversation. Not only that, I have never seen someone convinced or changed by the perfect argument. I have seen people change because of relationships and stories.

I hear this question a lot from people who write in to Queer Theology: “How do I explain my faith and my sexuality to people?” “How do I justify my queerness?” I understand those questions—I asked them myself in the past!—but now I’ve found a more productive way to frame these issues.

You can claim Christianity and be queer or transgender. It’s your church. It’s your Bible.

You don’t have to answer their questions or defend yourself. You don’t have to allow other people to set the limits of conversation or define what is acceptable discourse. You can walk away when the conversation makes you uncomfortable. You can prioritize your emotional and mental health over and above answering every question asked of you. “I am not going to answer that” is an acceptable answer!

You can also change the conversation. Instead of letting someone else define how the conversation goes, tell them how your faith makes you feel, how it gives you life, how it changes the way you live. Tell a story of how God has deepened your faith because of your queerness. Show how you see yourself in the Scripture.

It’s your story, too. They don’t own it or get to define it. And if your answers aren’t good enough to convince them, then trust that they wouldn’t be convinced even if God appeared in a giant glowing light and told them they were wrong.

It’s our Bible, too.

We need to talk about sex & Christianity

When I was in seventh grade, our church youth group leader led a three week series on sex and love 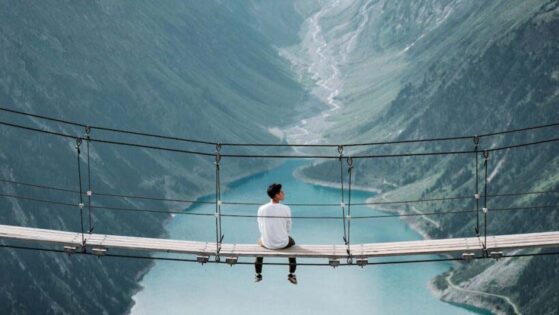 I’ve taken to tweeting “No bridges need to be built “between” the LGBTQ and Christian communities. BECAUSE THERE ARE A