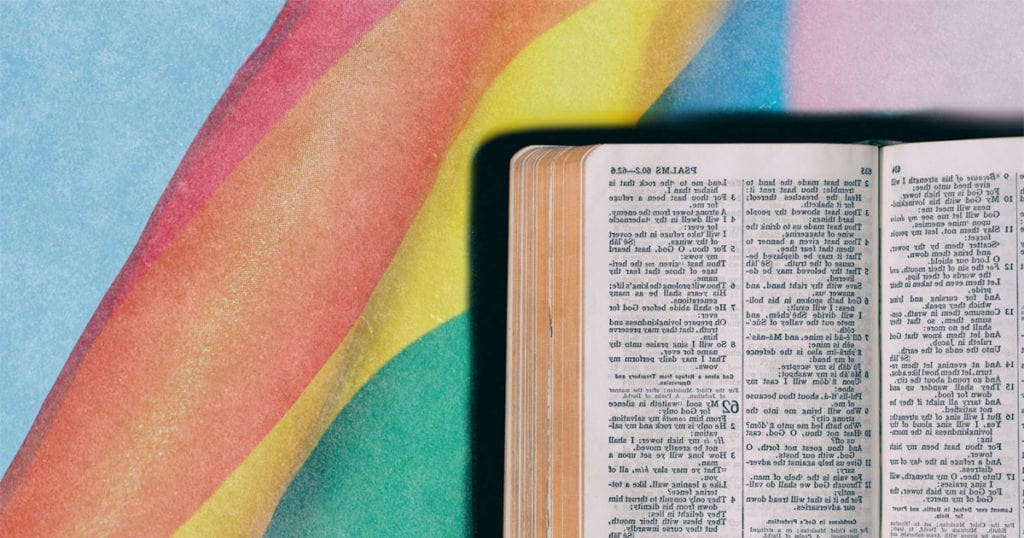 Every Sunday morning was the same. I’d walk into the senior high room at my church in Bethesda, Maryland to find twenty to fifty odd other high schoolers milling about before class began. We’d catch up on the past week (or in most cases, on the few days since we’d last been at church). If a big event was coming up—a retreat, a party—we’d jam on our excitement about that. True story: in 10th grade, I was grounded once and my punishment was to not be allowed to go on the winter church retreat.

When class started though, it was the same. The senior high director or the youth pastor or the teacher for our grade level would stand in the front of the room, read a handful of verses from the Bible, and then tell us what they meant. We nodded and took notes—usually on a pre-printed paper that already had the questions that would be covered typed up on it. Sometimes someone would ask a clarifying question or two. And then that was it, we now knew a bit more about what the Bible said—and by extension what was important to God.

There’s something deeply comforting about that. At times, I wish I could go back to a time when the answers to life’s big questions were cut and dry. But as I grew—and as my faith evolved—I discovered that many of the things I was taught and the beliefs I held aren’t helpful, and in some cases are harmful.

One of my favorite verses is 1 Thessalonians 5:21, “Test everything, hold fast to that which is good.” When I was just beginning to ask myself if I was gay—and to wonder what that might mean for my life and my faith—this verse was a life rope. At first, even asking the questions felt scary but knowing that this verse was in the Bible empowered me to ask them.

I remember how utterly terrifying it was to even consider maybe possibly adjusting my beliefs a teeny tiny bit. It felt like a betrayal of God. The Christianity I knew was so uniform I had been convinced that if I thought “Hey, I’m not sure that the Bible is right here” or “What if God doesn’t want this for my life” or “Well are you sure it means that? I think it means…” I was not a real Christian, I had betrayed God, and was on the road to hell.

Eventually I got over that and was able to trust that maybe just maybe changing some of my beliefs about God, Christianity, gender, and sexuality was morally OK, but even still I had hangups. I felt like doing so was some sort of political betrayal. I wanted to show the world that I could be gay and an evangelical Christian. Or to prove that gay people aren’t promiscuous and are monogamous. I took pride singing the same worship songs I’d always sung, about lining up so many theological points with folks who are anti-gay (except the “it’s not OK to be gay” part, obviously).

I knew God wouldn’t send me to hell for believing differently, but I still wanted to be that same Christian I’d always been. Just a gay version.

Eventually, I came to realize that doing so was a disservice to myself and to the God that I wanted to follow. There’s no glory to be found in clinging to an oppressive, theologically inaccurate belief system just because it’s what I’ve believed before, or because politically powerful people believe it, or because the juxtaposition makes an interesting story.

We say that Christianity is liberating and life-saving for many but not for everyone and that’s OK because that is the righteous thing to say.

We acknowledge the beauty and goodness in the diversity of gender identity and expression because that is part of our basic reality and to do otherwise is a slight against humanity and creation.

We celebrate the many ways that families are formed—married partnerships, single parents, blended families, polyamorous relationships—because when people come together to love and take care of each other, that is a good thing.

When I let go these limiting beliefs about God and Christianity, I didn’t do so to be contrary or to turn my back Christianity, I did so because they were holding me back from the Good News of the Gospel. I had to let go some of my deepest held beliefs so that I could discover a Christianity that was even deeper than I’d imagined.

I thought that questioning these beliefs meant letting go of “real” Christianity but the irony is that the theology I hold today—the theology that we teach here at Queer Theology—is more rooted in the Bible and in the saints throughout the ages than my faith has ever been before.

To Understand the Bible, It Takes More Than Simply Being LGBTQ 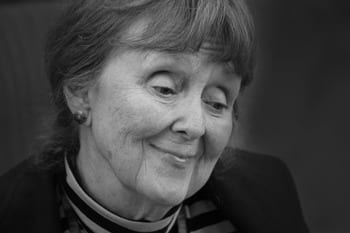 Journey to LGBT Affirmation: An interview with Peggy Campolo

“What changed for me, changed the day I met Jesus in the hospital room of a friend who was dying”

“Seek and pray for deliverance.” “We natural men are sinful men, yours may be homosexuality but mine could be lying,