Are you miserable for Jesus?

I got some weird messages about Jesus when I was growing up that have continued to impact me in my adult life. I was told that Jesus loved me so much (even though I was a terrible, no good, horrible, very bad person) that he was willing to undergo horrific torture and abuse and die painfully in order to save me from burning forever and ever and ever in Hell.

Because of the horrific stuff Jesus went through to save my sorry ass, I should be willing to go through whatever is required of me cheerfully and with great joy. I couldn’t quite tell why, though. Maybe to pay Jesus back? So Jesus saving me became kind of a guilt transaction. I was left to feel like I owed my life. And the church fed into that. We were told that we needed to be willing to give up whatever was asked of us. We needed to be willing to give up the partner we wanted to date or marry, the job we wanted to have, the gifts we were given. We were told that our life is not our own for we were bought with a price.

I have a different understanding of Jesus’ death now. I know that Jesus was fighting against oppressive and unjust systems trying to bring about liberation for the poor and the marginalized and that sometimes when you stand up and speak truth to power you get killed for it. But even when I walked away from the theology of guilt and shame around my life and soul, I still held on to the thought that I owed my life.

This manifested in all sorts of icky ways throughout my life: I told my- self I shouldn’t do this thing that I loved and was good at because it might make me “prideful”. I didn’t advocate for myself in situations where I was mistreated because I felt like suffering was noble.

Lately my life has been about try- ing to deprogram those unhealthy messages.

Here are some things that have helped me:

But that’s because when you speak truth to power, power doesn’t like that and will try to silence you. There is a difference between being willing to follow Jesus anyway and making your own life miserable for no reason.

Maybe following Jesus as a marginalized queer person looks like trying to work for justice in whatever ways we can and having as much fun as possible doing it.

This fall, we’ll be hosting a course completely dedicated to transgender theology. The course will be geared both toward transgender Christians and to cisgender folks who want to learn from and better serve transgender folks. In addition to the lesson materials, there will be both open and closed discussion spaces.

There’s nothing like this out there, so we’re creating it.

PrevPrevious7 Bible Passages to Remind You God Loves You & Wants You to Take Care of Yourself
NextQueer Theology Synchroblog 2017: IdentityNext 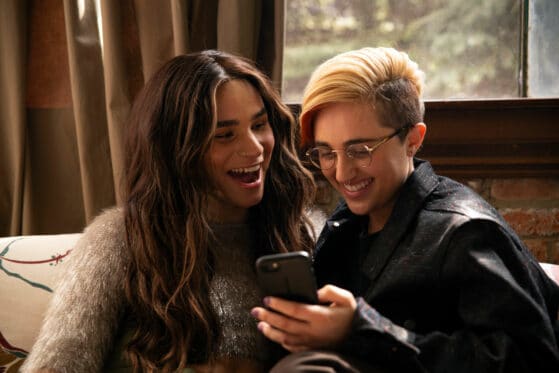 I am a cisgender man. When I speak about transgender issues, that fact should make you less likely to listen

Last year Brian and I did three speaking gigs at various places in Minnesota. We spoke at a church, a