Palm Sunday: What happened and what does it MEAN

For you, that might bring up images of children waving palm fronds inside of church, but what is it, really?

What happened, and why do we celebrate it?

Jesus and his disciples — working class folks, poor people, women, social outcasts — have been traveling around the Middle East proclaiming the good news of God’s kingdom which is already here. One where the sick are healed, the prisoners are released, the oppressed are set free, and everyone has enough.

After Jesus comes out to his disciples —Matthew 17, Mark 9, and Luke 9; check here and here — he sets his sights on Jerusalem.

Now, here’s what you need to know about Jerusalem at the time of Palm Sunday.

It’s the week before Passover and so Pontius Pilate — along with a grand imperial procession —comes to Jerusalem to prevent any uprising against the occupying Roman government.

From the other side of the city, Jesus approaches.  But not on horseback and not accompanied by soldiers. Instead, he rides in on the back of a donkey, accompanied by poor people and outcasts. It was a direct action against the occupying forces. Against the status quo. It was an in-your-face mockery.

It reminds me of the ACT UP demonstrations and SNCC lunch counter sit-ins across the country.

We will no longer be ignored.

But it was also an invitation, a line in the sand. Which procession do you want to be a part of?

The kingdom of empire which promises peace through military might, through hoarding of resources, through protection of the rich and powerful?

Or the kingdom of God, which promises freedom, justice, mercy, and enough for all?

That question is as alive and relevant as ever. Do we march in military and police parades? Do we line up behind the bankers? Do we sit in the pews of the religious right who collaborate with empire? Or do we take to the streets with Black Lives Mater, with occupy Wall Street, with conscientious objectors and peace activists?

Do we hoard what we have or do we share it?

It’s an important question because as we’ll see in a few days on Friday, the answer can have costly consequences.

No, QCF, it’s not “possible to have a healthy relationship with your child” if you don’t affirm them

This article was published in March 2019. We keep it published and re-share it from time to time because the 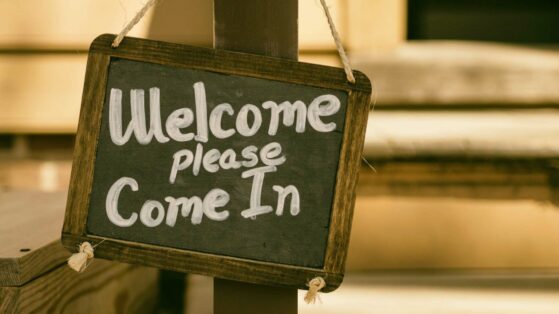