No, QCF, it’s not “possible to have a healthy relationship with your child” if you don’t affirm them

This article was published in March 2019. We keep it published and re-share it from time to time because the information shared in it — about the reality of parental acceptance/rejection and LGBTQ youth mental health — is critically important for the safety of LGBTQ children.

On Thursday, Q Christian Fellowship published a blog post, which they also promoted via their email list, with a message directed at parents with “traditional” theology; that is, parents who believe that being LGBTQ or leading an open and authentic LGBTQ life is sinful.

Before publishing a response here, we spent Thursday, Friday, and Saturday engaging in good faith with them on the facts about LGBTQ youth and family acceptance and the dangerous impact of their article.

Ultimately, we agreed to post our (edited at their request) response on their website (which is here) provided they link it from the original article, send it to the same email list, and give it equal promotion on social media. QCF posted the article but did not and would not promote it via email in an equal way so therefore we are posting our original, unedited response here. More details on our communication are at the bottom of the article.

The author of the blog post states that parents with unaffirming theology can have a healthy relationship with their children. This is untrue and harmful.

It is dangerous and irresponsible for Q Christian Fellowship to promote this message.

Evidence shows that when parents do not accept and affirm their LGBTQ children, LGBTQ children are at increased risk for mental, physical, and emotional harm.

As we will show in this article, the evidence is clear and we cannot silence the truth.

Q Christian Fellowship claims to not be “advocating a singular position – we post a wide variety of things and that shouldn’t be seen as endorsement”; however, they are suppressing the evidence-based piece while giving platform to an approach which has been shown to cause harm to LGBTQ young people.

A recently published study found that transgender youth who are not accepted by their family have higher rates of depression and anxiety than those who are accepted. In fact, trans youth with accepting families do not have elevated rates of mental health issues at all. (sources: Vice, NBC News)

This extends to both transgender and cisgender LGBQ youth, too.

Conversely, family acceptance may be protective for LGBT youth’s health. Among sexual minority youth, adolescents whose mothers responded positively to their sexual orientation disclosure were less likely to use substances compared to those who had not disclosed their orientation to their parents or whose mothers and fathers did not react positively. In addition, family support and acceptance is associated with greater self-esteem, social support, general health status, less depression, less substance abuse, and less suicidal ideation and behaviors among LGBT youth. Family support is also associated with less substance use among LGBT youth. Among transgender youth specifically, parental support is protective against depression and associated with having a higher quality of life.

In all of these studies, it is clear that family acceptance or rejection plays a critical role in the health and well-being of LGBTQ youth. It is also clear that “acceptance” is more than just saying “I love you” and rejection does not have to be as severe as being kicked out of a home.

For instance, the supportive examples from the study cited by NBC News demonstrate an active, on-going, and enthusiastic support of their child’s gender transition (they advocated for him at camp, they actively supported him through transition related medical decisions, etc).

Maintaining that your child’s LGBTQ identity is sinful is not accepting.

In the 2017 study, the researchers specifically include a case study that lines up perfectly with how a parent who believes being LGBTQ is a sin might react — and the parents cited react in a way that the blog post can be reasonably understood to give support and permission to.

“The patient also chose to come out to her mother in the office with the physician present. Her mother was able to express an interest in understanding what was being explained to her but anticipated a slow process. The patient left the office indicating that the mother’s response was consistent with her expectations.

The next scheduled appointment occurred two weeks later. By that time the patient had told her father who did not attend the visit. Her father’s response was experienced as reserved and without clear acceptance or rejection.”

“Acceptance was achieved within a broader social network, but peer and other community support could not replace the desired parental reaction. Without the support of the parents, the patient regressed and acquiesced to the sex assigned at birth, followed by depression that required pharmacological treatment.”

The study also explicitly states that “traditional values” contribute to LGBTQ youths’ perception of their families being less accepting of them.

We understand that it’s important to “meet people where they are” but we at Queer Theology believe that it’s vital we not leave them there. We have seen that people are willing to do the work to change their beliefs when they are held to a higher standard around their actions.

Our history of decades-long activism has shown this to be true over and over and our work continues to be rooted in this experience: When you demand people to rise to the occasion and do their work, they will but coddling them does nothing but further injure already marginalized people.

It doesn’t matter if you’re kind or smile or give your kids lots of hugs or say sweet things about LGBTQ people: Unaffirming theology is destructive and deadly. We must speak that truth.

If you agree that it is dangerous and irresponsible for Q Christian Fellowship to promote this message, let them know. Click to tweet.

For a further exploration of this, and a message for LGBTQ who face so-called “welcome” and “love” without embrace and acceptance, we recommend reading ”Kind Homophobia & Transphobia Is Still Evil”

We also recommend these resources on how you can know it’s ok to LBGTQ. Jesus taught us to judge the tree of a theology by its fruits; the fruits of anti-LGBTQ theology testify to their wrongness.

For transparency, further details re: our communication with the Q Christian Fellowship leadership:

When we saw the blog post titled “No matter your theology, it’s possible to have a healthy relationship with your child” on Thursday, we were horrified. We know that evidence proves otherwise. We emailed the QCF co-executive directors to share that research and asked them to replace the blog post, at the same URL, with facts about LGBTQ youth and family acceptance. (screenshot of that email)

A member of the Q Christian Fellowship executive leadership team responded that they disagreed with our claim that the blog post is inaccurate and harmful, saying the author is not “necessarily making any claims in the blog itself that would include the type of circumstances you mentioned [in the research studies linked to]” (screenshot)

We responded with a detailed explanation — including citations from multiple studies — of why the blog post gives permission to the types of parental responses that study after study have shown to be harmful to the physical and mental health of LGBTQ youth. We reiterated our request that they remove the blog post and replace it with facts (screenshot)

When we did not hear back from them, we reached out again to let them know we would be publishing a response on our website. At that point, they responded claiming the blog post “isn’t an organizational position, just one persons’ input” and extending an offer “we’d be happy to post a counterpoint if you’d like to write one.” (screenshot screenshot)

We agreed to publish our response on their website, provided QCF

At this point, Q Christian Fellowship sent our response to the author of the blog post and asked if he would like to update his original post given the research we presented or respond in some way. He declined to engage.

Q Christian Fellowship then asked that we “adjust” some of our language which labels as “dangerous and irresponsible” misleading parents to believe they can not affirm their LGBTQ child and have it be healthy.(Research shows parental non-acceptance to be hurtful to their children’s mental and physical health, telling parents otherwise is dangerous and irresponsible).

We ultimately agreed to edit our piece slightly (screenshot)

When Q Christian Fellowship published the original blog post, they sent it out as a standalone email with the thesis statement of the article as the subject (“No matter your theology, it’s possible to have a healthy relationship with your child”). Yesterday, we were disappointed to see that QCF buried our article at the bottom of a long newsletter with no context as to what it was even about. We, again, reached out to the QCF co-executive directors and asked them to honor our agreement to give our response equal promotion. Despite claiming that their “goal is pursuing a dialogue not advocating a singular position,” they have clearly shown that they give some perspectives more attention and endorsement than others.

They refused to send an email to their list featuring just our article, as they had done with the original article, which is what we believed we were agreeing to. That’s why we are publishing our unedited response here, along with the details of the (days and days of unpaid) work we did to address this dangerous message.

Unfortunately, they are choosing to suppress the evidence-based article while spotlighting an article which encourages parents to engage in beliefs and behaviors which have been shown to cause harm to LGBTQ youth. 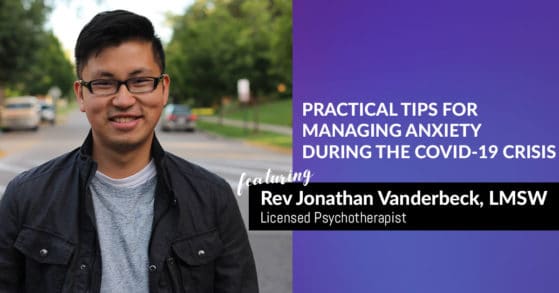