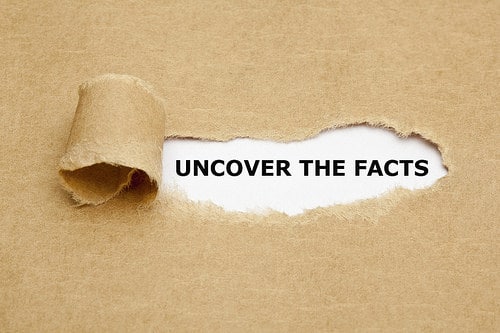 The other night I shared my story with a local organization. At least some of the folks considered themselves religious and some evangelical. When it came time for the Q&A at the end the questions, as they usually do, turn toward apologetics.

(A brief note for those who might not be familiar. Apologetics is the idea of making a case for the faith and in the context of specific issues (like homosexuality or being transgender) making a defense, based on Scripture, for or against such people and actions. It usually involves verse by verse examinations.)

I’ve written before about how evangelicalism is a house of cards. Every piece of what you believe rests (however tenuously) on the pieces below it. Which means if you pull one card out of the stack, the whole house comes tumbling down. So I understand the drift toward apologetics. I understand because, when I was first coming out, I was addicted to apologetics.

I thought if I could just craft the perfect argument then people would have to believe me. If I could understand all of the Greek and the Hebrew, the historical contexts, the ways those verses have been understood throughout history, then I could convince the person I was talking to (and convince myself) of my humanity and right to exist.

It didn’t work. Not because there aren’t good arguments to be made or different understandings of the text but because the people who were most attracted to apologetics had already made up their minds. They had already decided that I was a sinner, that my “lifestyle” was sinful, that being queer or transgender was incompatible with Scripture. (They also, no matter how much they said they weren’t, continued to conflate sexuality and gender identity.)

Evangelicals are uncomfortable with ambiguity. They need things to line up. They need those beliefs to stack. Because when something doesn’t stack up, the whole house is in danger.

But life? Life doesn’t stack up perfectly. There is no moment when we have all of the answers when all of the questions are erased. Life is ambiguity.

Honestly, if all of your questions are answered and everything lines up perfectly you don’t actually have faith. You have a system that works for you. And I get it. It’s nice. It’s comfortable. It’s clean. But life isn’t clean. It’s messy and disorganized. It’s filled with questions and setbacks and moments when you have to rethink everything.

But evangelicalism doesn’t have room for that. Folks are fond of saying, “If one thing is wrong in the Bible then we just have to throw the whole thing out.” They say it with their feathers all ruffled up as to show you how ludicrous it is to pick and choose what you believe (even as they already pick and choose what they believe). It’s amazing how the doctrines they are willing to discard line up along a perfect scale of their “ick factor”. Meaning white people know it’s no longer okay to consider Black people icky (even though we did in the past) so we throw out justifications of slavery and say it was a different time and place. Some people no longer think women are icky and so they let them preach (but the churches and people who still think women are icky keep the doctrine about women preaching firmly in place). But gay people, especially gay men? Gross. So they are still condemned. It all comes down to people’s anxiety. And evangelicalism is built on anxiety.

Which is why apologetics will never be the answer. It’s a no win conversation for anyone. And no one I have ever talked to has been swayed by a perfectly crafted argument.

When I realized that faith didn’t need to line up perfectly, that I could still have questions and doubts, and yet still follow Jesus, when I realized that I didn’t have to take the Bible absolutely literally but could still take it seriously, my faith opened up. And it also matured. Because finally, I was reading the Bible without anxiety. I was wrestling with my questions and, with the help of the community, finding answers. This was different than the days when I was told not only the answer but the question as well. In those days there wasn’t room for anything. My faith was what the adults in my life told me it was. I was a child because I was treated like a child.

When you are simply trying to convince or convert someone, or when you are convinced that no one who believes differently than you do can possibly be correct, there is no room in your heart for love. Not really.

It’s time to let them go, once and for all, and actually live life together. It’s scary. It’s messy. There will be questions and not a lot of answers. You’ll have to sit in ambiguity. But it is so worth it.

The other day I strolled through the Minneapolis Institute of Art. I love this museum for several reasons: it’s always

Resources for a queer Holy Week

A few days ago, a follower on Tumblr asked, I’ve been avoiding the church because I live in a developing