Is Your Church Working In Solidarity With Transgender People?

Your progressive, LGBT-affirming church might have more in common with Donald Trump than you’d care to admit.

Progressive Christians were, rightfully, outraged when Donald Trump announced on Twitter that the United States military would not “accept or allow” transgender service members. Many of us took to Twitter and Facebook to express our outrage. But when we look at our own churches, are they much different from Donald Trump’s vision for the US military?

Trump said it’s too “costly” to have transgender Americans in the military… does your church not have accessible all-gender restrooms because it would be too costly to renovate?

Trump has warned that including transgender Americans in the military would be detrimental to military cohesion… does your church not have a culture of asking and sharing gender pronouns because changing the culture would be uncomfortable?

Listen, if you’re here, I trust that you want to be welcoming and inclusive of transgender people. That’s an awesome first step. If you’re feeling a little convicted (and maybe even a little overwhelmed) at all the work you have to do … about just how hard it is to meet transgender people’s demands … about how you’re never exactly sure what is enough so why try? … I hear you. But it’s actually quite simple.

Take a few breaths, we’re gonna get through this together.

(Need more hand-holding? Fr. Shay and I are available for training and consulting to make your church more welcoming and inclusive—and beyond that, to make it even more committed to justice for LGBTQ people.)

Here a list of tangible actions you can take to make sure your church is a space for transgender people.

If you’re a pastor or church leader, take steps to implement these changes right away. If you’re a congregant or a lay leader… talk to the powers-that-be in your church about why this is important (you can call us for backup if you need to).

Does your church have accessible all-gender restrooms?

Do you have signage to indicate guests are welcome to use the bathroom consistent with their identity?

If you have bathrooms to spare, you might designate some bathrooms as all gender and some as gender-specific. If this is the case, make sure that you have signage encouraging visitors to feel comfortable using the bathroom that is consistent with their gender identity or expression. Here’s an example of a sign you could use.

Do you specify gender identity and expression in your nondiscrimination policy?

Do you have gender-segregated groups (like a “Mens Ministry”)? If so, why? Where do nonbinary people go? Are trans women included in women’s groups?

Groups like “Men’s Ministry” have been for so long that you might not even think to question them but take a second to ask yourself: if you have gender-segregated groups or programs, why do you have them? If your answer something along the lines of “Being a woman in society and in the church is difficult and sometimes even dangerous, we need a private space away from patriarchy and male privelege” … that sounds like a great idea! If the answer is closer to “Men are just different than women,” you might be relying on outdated (and inaccurate!) notions about gender. Consider organizing groups around shared interests such as entrepreneurs or artists, rather than assuming men or women have certain needs just because they are men/women.

And if you do have gender-segregated groups, make sure that trans people are included in the group consistent with their gender (and recognize that you’ll be leaving out nonbinary or agender people).

Do you actually include transgender people in the stories you tell from the pulpit? Including stories where the point isn’t about gender?

Pastors love to tell stories. Stories of dads playing ball with their sons, stories of the woman you sat next to on the train, stories of your grandmother or stories of a stranger in a far away land. But do you tell stories about transgender people? Because being cis and straight is the norm, when you tell a story about a dad … it’s assumed to be a straight, cisgender dad. Transgender people are brilliant (and also ordinary). Include them in your stories.

Transgender people have something unique to teach us about gender, but it’s also important that we let them be whole, complex people. So absolutely tell stories that include them when the point involves something about gender… but also tell stories that include them when the story is about something else too: trans people can teach us about grit, grace, courage, faithfulness, service, and a whole host of other things in addition to gender.

If you want to see a powerful example of how Fr. Shay’s transgender journey enriched his faith, read Walking Toward Resurrection.

Does your church’s health insurance cover transition-related costs? If not, how will you support church staff seeking to medically transition?

Jesus made it pretty clear that taking care of people with medical needs was a priority of his. As Christians, it needs to be a priority of ours, as well. If your church’s health insurance plan does not cover transition-related medical costs, you need to do a few things:

If your church supports causes (such hunger or homelessness), what are you doing about violence against trans people?

Recognizing that God cares about the kingdom “on earth as it is in heaven,” many churches are engaged with causes that matter. If that’s your church, awesome! Be aware that the causes you aren’t supporting say as much about you as the ones you are supporting. Violence against transgender people (particularly trans women of color) is an epidemic—and it’s getting worse, not better. 2016 was the deadliest year on record for transgender people. How will you organize to end this violence? Employment discrimination against transgender people is a sin with far-reaching consequences (from housing to healthcare to mental/emotional well-being). How can you support transgender job seekers? 40% of homeless youth are LGBTQ yet there are shockingly few shelters and beds designated for LGBTQ youth—that they know will be safe for them. Many homeless LGBTQ youth are homeless because they experienced Christian-based rejection from their families. As a Christians body, how will you repent for that sin and make it right?

In addition to this post, we also put together a 15-point checklist that your church can work through to make sure it is inclusive of LGBTQ people. Download that here.

If you’re in a position to implement the changes outlined in this article, start doing so! (Maybe you’re already doing some: this process will be even easier for you!). If you need additional support, Fr. Shay and I are available for consulting and/or training to guide you, your leadership, and your congregation through this process. Reach to us at connect@queertheology.com to discuss further.

If you go to a progressive or affirming church, talk to your leaders about putting these ideas into motion, we put together a one-page letter that you can customize and send to them. Download it here.

It’s important to remember that being an ally is an on-going process, not a one-time declaration. It’s a commitment to a lifetime of growth and learning. It also means that sometimes, despite our best intentions, we’re going to mess it up. So being an ally means being in relationship with — and really listening to — transgender people so that we can respond to their needs, wishes, and even critiques. Sometimes that might make us uncomfortable, but it’s the right thing to do (and hey, the Gospel is costly!). 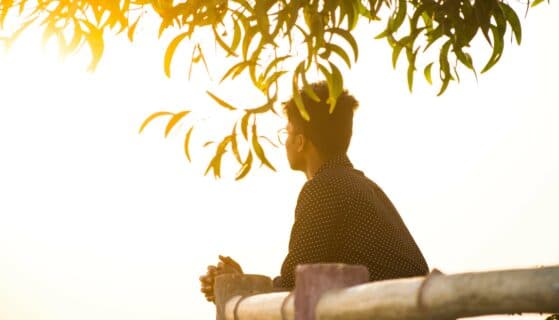 Saving Queer Lives: Half A Loaf is Not Enough

A good friend of mine, Haven Herrin, once said in response Christian college administrators offering conditional conversation (not even conditional

Did you know that since QueerTheology.com started in 2015 we’ve received over 20,000 emails? Twenty. Thousand. And Brian and I