We Need Each Other

I was a freshman in college and as far as I knew I had never met a gay or lesbian person before. (I don’t think I knew transgender people even existed.)

I was in the very beginning stages of coming out to myself but I was still super angsty about it. I felt like there was no one in the world who understood me.

I met two women who were a year or so ahead of me and we hit it off. They were funny and kind. They made me laugh harder than I thought I could. And they were affectionate with each other.

I craved that kind of connection. Someone to be affectionate with who wouldn’t look at me with disgust. It wasn’t even sexual, it was just that, as a visibly gender queer person, every time I tried to display affection it was seen as suspect.

Two weeks later these women got kicked out of my Christian college and I never saw them again. I was scared and I was lonely.

Throughout the years people would come into my life and seem to move out of it just as quickly. I longed for a community of queer and trans folks that wasn’t a club on the weekends and wasn’t a support group. (Both of those places and spaces are vital and I’m not knocking them, it just wasn’t what I was longing for at the time.)

It took years to build those connections and they often happened by accident, but they have been vital to my own sense of self and my mental health.

The internet has been instrumental in allowing me to connect with people all over the world. It allows me to Skype with Brian once a week. It allows me to tweet with folks from all over about our struggles and our triumphs. It allows us to reach out to one another via email when we need an ear to listen or a virtual hand to hold.

But even as great as the internet is it can be difficult to find people who share the same interests and concerns. It can be hard to find other queer Christians. And when you find them, those relationships and conversations can be scattered and hard to sustain. It can be difficult to have in- depth conversations about the Bible, our faith, and our unique experiences with the available tools.

That’s why I’m so excited about Sanctuary Collective, the new online community from Queer Theology. It’s a space to make connections with other queer and trans identified Christians and our supporters. It’s accessible (you can join for as little as $1 a month) and you get access to Queer Theology’s premium content and to the community.

We all need community for support, encouragement, and strength, and now with Sanctuary Collective, it’s a little easier to find each other.

How to Build a Spiritual Community 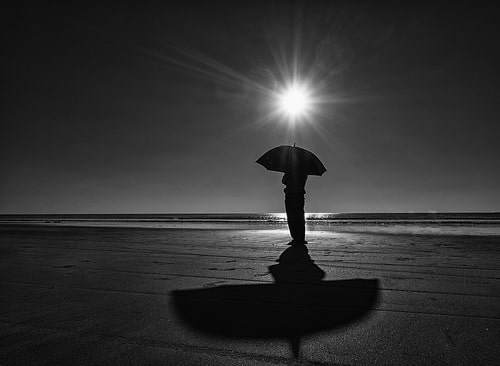 You Have To Choose Healing

At some point you have to choose healing. I’m not talking the miraculous “positive thinking” or saying that everything will