When They Are Kind (They Kill You Slower)

It’s hardest when they are kind. They hug you when they see you, they ask about your day and your life and mean it, they welcome you over for dinner and make sure you get more than enough to eat. They laugh with you.

It’s hardest when they are kind because then when they are not kind it cuts more deeply. When they ask about your life but then you see the tense jaw and the pursed lips as you answer. Even when you are telling about something that is incredibly important to you or that you are passionate about. You can see their tension if it goes against what they approve of. They might respond with a “that’s nice” but you know they don’t think it’s nice. The next time they ask about your life you are more careful. You tell the sanitized version. You leave some stuff out.

When they are kind you feel like you are the crazy one for being offended. When they are kind you feel like you aren’t doing enough to help them understand. When they are kind you bend over backward to educate them more, to do whatever they ask of you. You watch what clothes you wear when you come home, you shave every single morning (even though you would never do that at home), you don’t watch your favorite tv shows or listen to the music you like. You go home even though it’s uncomfortable because “that’s what you do for family.” You sit through services at their church because “This is what we do on Sundays.” You don’t protest, you just go and listen to harmful theology being spoken over you. It’s not that you are trying to avoid confrontation, you are trying to be the best person you can be and cause the least offense.

When they are kind it’s harder to say, “Your behavior hurt me.” Because they will say they didn’t mean for it to hurt you. They were just sharing their beliefs. You can believe whatever you want “but in this house”. They will tell you that you are being too sensitive.

Later on they will call you dishonest. They will say you left too much out, that you deceived them. They will say that you are the one who shut them out of your life. They won’t realize that they are the ones who set the boundaries on the acceptable conversation with their non-verbal gestures, with their snide comments back, with their clear disapproval. They will say that you hurt them. That they feel excluded. That they love you and want to be in your life. Maybe you will try again to let them in. You will get the same response. You will hurt even more.

But you are the one who is sitting alone on Thanksgiving because you simply cannot bear to go home and hear people call you by the wrong name or pronoun for one more holiday. You cannot bear to smile even though you want to be weeping. You cannot bear to keep so much of yourself hidden. But you are alone. As your other friends trek off to see their relatives and laugh and play board games you make yourself some turkey and crawl into bed to watch Netflix. You know you did the right thing but it still feels like you are being punished. It always feels like you are the one being punished.

And you wonder why you can’t ever seem to stop bleeding. Why, whenever you meet someone new, it’s their voice you hear in your head telling you you aren’t worthy of love. But it’s a subtle voice with kind tones.

This benevolent homophobia will kill you slowly and keep you coming back for more because, after all, they are so kind. They would never intentionally hurt you.

They love you, after all.

It’s hardest when they are kind.

If you’re struggling with an unaffirming family or church and need support figuring out how to make a plan to cope and have hard conversation, check out our SoulSafe workshop. It will walk you through everything you need to know and do to handle these situations. 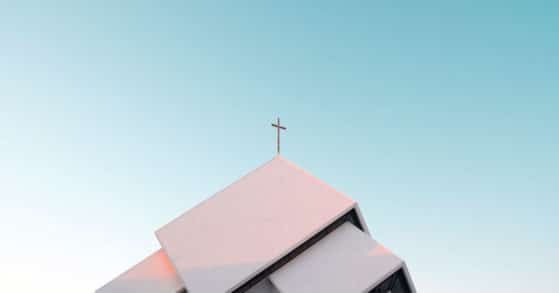