The Bible, Monogamy, and Polyamory 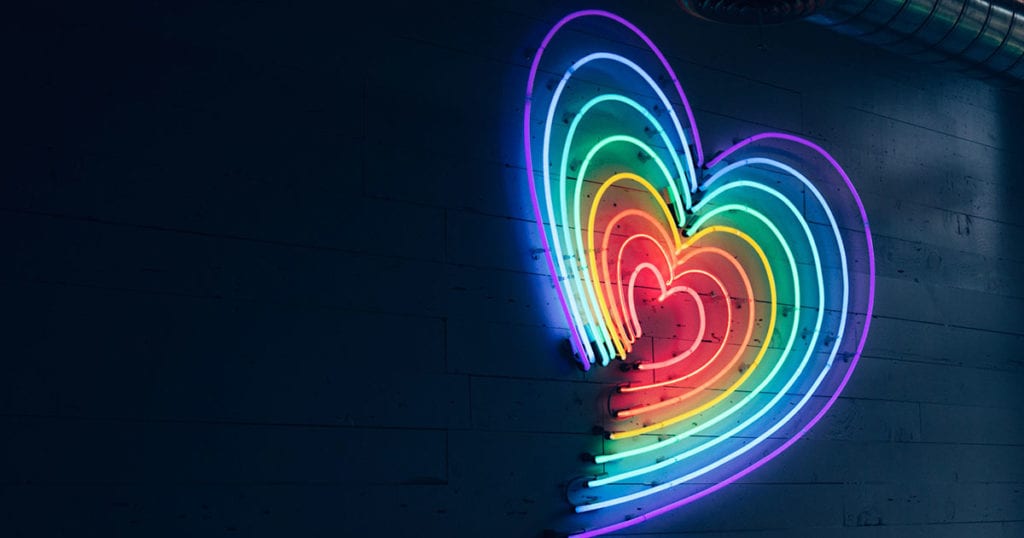 At QueerTheology.com we find it’s usually not helpful to get into academic arguments about “what the Bible says.” The Bible isn’t a rulebook (though some books in it have some rules meant for certain people in specific contexts). And the Bible doesn’t speak in a unified voice. It’s a collection of books written and compiled by countless authors, many of whom were drawing upon other oral and written traditions that came before them. In places, the Bible even contradicts itself.

Which is not to say that it’s not helpful to ask what the Bible says… of course, it’s helpful! If we thought the Bible had nothing important to say about our lives, we wouldn’t be Christians. The first question then, “is how can we know what the Bible says?” And then after that, “how do we apply it to our lives?” We already have some helpful resources on how to read the Bible that will put this specific conversation around monogamy and polyamory into a larger of context of reading the Bible in general.

But why talk about polyamory at all?

According to a 2017 paper in Journal of Sex & Marital Therapy, more than one in five (21.9% in one study, 21.2% in another) American adults have engaged in consensual nonmonogamy in their lifetime. This finding was consistent across age, education, income, religion, political affiliation, and race… but slightly higher for LGBT folks.

According to research conducting by YouGov, an Internet-based market research firm, just about half of all millennials are open to non-monogamy. Remember that “millennial” isn’t short-hand for “kids these days” … the oldest millennials are now 37!

People — including Christians — are already structuring their relationships like this.

And we’re doing it without much of the cultural support and legal protections that monogamous couples enjoy. For LGBT folks who are also open or polyamorous, we face additional intersections of marginalization (for instance, it’s still difficult for gay couples to adopt in many places, how much more difficult might it be for gay, polyamorous parents). And for Christians, we are still navigating a faith structure mired by sex-negativity and control.

I mean, even when it comes to basic, consensual, monogamous sex… many people who are having premarital sex still think they’re doing something wrong. And there are folks who are casually dating, in open or polyamorous relationships, or sometimes have threeways, who think this is an area where they are falling short.

Christianity has not made enough space for sex and as a result too many Christians are boxing up their sexuality as something that happens outside of or in spite of their faith. Or even worse, they’re repressing it, and repressed sexuality is deeply harmful to the self and to others.

Why bother looking at what the Bible says?

So why bother looking at what the Bible has to say about relationships? As Christians, the Bible is one of the central pillars of our faith. Christianity is centered around the life and ministry of Jesus; the Christian scriptures are one of the key ways we can know about him and the Hebrew scriptures put him in context: as a Jew, these were his holy scriptures.

When we set out to look at what the Bible says about relationships — monogamous, polygamous, polyamorous, or otherwise — it’s important that we’re clear on what we’re asking.

At its heart, the Bible is a collection of writings telling the story of how God’s people have wrestled with themselves, each other, their place in the universe, and their relationship with the divine. There is a whole lot for Christians to learn from it, if we take it seriously.

So what does the Bible say about monogamy and polyamory?

When we look at what the Bible says about relationships, monogamy, and polyamory, it’s important to not get lost in the weeds. You can’t just look up “monogamy” or “polyamory” in the index and flip to one page, with one clear, explicit statement. If only it were that easy!

In Philippians 1, the author shares, “This is my prayer: that your love might become even more and more rich with knowledge and all kinds of insight. I pray this so that you will be able to decide what really matters and so you will be sincere and blameless on the day of Christ.”

1 Thessalonians 5:21 encourages us to “test everything, hold fast what is good.”

And of course in Genesis, Jacob wrestles with God.The Bible has some clear themes: do justice, love mercy, walk humbly. Love one another. There are over 2,000 verses dealing with money (most about how you should give it away, and how it’s impossible for rich folks to enter the kingdom of God). But when it comes to the specifics of how we live those broad themes out in our day to day lives? The Bible is full of wrestling with that.

But here’s what we do we see in the Bible…

Monogamy & Polyamory in the Bible

Let’s not bury the lede any further: the Bible does not present a consistent relationship ethic. And when it comes to marriage and monogamy, the Bible implicitly and explicitly endorses a wide range of relationship structures (including some we’d do well to reject). Monogamous marriage is absolutely not presented as the only Biblical ideal.

The word “polyamory” first appeared in writing in 1990 so let’s be clear: that word is definitely not in the Bible. But the word describes a concept that could be Biblical. Poly means “many” and “amory” is “love” so polyamory is, most simply, many loves. The word is specifically used to mean having (or desiring) multiple consensual relationships, simultaneously.

So are there examples of Biblical polyamorous relationships? Possibly.

There are certainly examples of Biblical polygamous marriages (having more than one spouse). In fact, there are over 40 examples of nonmongamous relationships described in the Bible. But were they polyamorous? When it comes to the Bible, as well as many ancient cultures, consent is murky. That’s a problematic reality that we need to wrestle with. Women in the Bible were often given by their fathers in marriage to a man…. how much choice and agency did they have there?

It’s clear though that the Bible doesn’t mandate monogamy for everyone.

Scripture doesn’t just describe these relationships, it seems to condone them. Exodus 21:10 sets out some guidelines for how to treat your wives if you have more than one. Deuteronomy 21:15–17 governs inheritance amongst children in polygamous marriages. If authors of these passages thought polygamy was wrong, their advice would have been “don’t do it!” not “here’s how you should do it.”

When it comes to the defense of mandated monogamy, the idea of “becoming one flesh” is often cited. And I agree: when two people come together in a sexual relationship, something profound can happen.

You can become “one flesh” with someone you only meet once or with multiple people over the course of your life or even at once. And just because you have sex with someone doesn’t necessarily mean that something profound or even positive happened to you. Sometimes sex is forced or violent or coercive; you don’t have to believe that you are now metaphysically tied to that person.

Practically speaking, many people have sex with more than one person over the course of their lives.

Many people even have multiple marriages over the course of those lives. Many of those relationships and partnerships are deep and meaningful, what could be considered “one flesh.”

In 1 Corinthians 6, Paul argues that if you sleep with a sex worker, you become one flesh with her. Do you think that he thinks a man might become un-one flesh with his wife upon that happening?

When you’re born, you are literally made from the body of your parents… but if they have a second child, that child is just as loved, important, and from the body. From God to our parents to our children, we understand love to be abundant. The same is true with romantic and sexual love.

What does that mean for us?

It’s important to recognize that mandated monogamy for everyone at all times isn’t a consistent Biblical principle. And even if it were, there are some Biblical principles we’d do well to resist (I’m looking at you, slavery).

It’s up to us to cultivate a sexual ethic in line with our faith and to build relationship structures that support our needs and priorities.

For many people, Christians included, that involves polyamorous and nonmonogamous relationships. We are already doing this — and we’re doing it without much of the cultural support and legal protections that monogamous couples enjoy.

But this bias against nonmonogamy is cultural, it isn’t Biblical. In fact, in some places, the Bible is pro-nonmonogamy

Which isn’t too say you should have a polyamorous or nonmonogamous relationship. Romantic and sexual relationships are complex and deeply personal. You’ll have the healthiest relationship structure if you open-mindedly consider all of your options, do your best to work through any bias or shame, and choose the relationship structure that works for you and your partner (or partners) … be that monogamy, polyamory, an open relationship, or singleness. And of course, that can change!

If you’re looking for additional resources on polyamory and open relationships, here are a few places to start:

Unfortunately, there aren’t any resources out there for polyamory and open relationships written by and for progressive Christians. We’re changing that.

If you want more resources on Christianity & polyamory,