What Does It Mean To Be A Christian?

Growing up, being a Christian was simple.

So if you believed that Jesus died on the cross for your sins, and you prayed a prayer accepting his death for your sins, then you were saved and would go to Heaven when you died.

That was it. Being a Christian was simple. Kind of.

Because while, yes, if you prayed the prayer you were granted entrance into Heaven, it was also kind of assumed that you would also do a bunch of stuff. Not that you had to to become a Christian but that if you truly were a Christian you just would. Stuff like reading the Bible every day and going to church and telling other people about Jesus.

But there was other stuff, too.

You wouldn’t smoke or drink or do drugs. You would be respectful and kind and obey your parents and your pastor. You wouldn’t use the Lord’s name in vain or swear. You wouldn’t have sex outside of heterosexual monogamous marriage. You definitely wouldn’t be queer. Or transgender.

And if you got really into it there was even more stuff.

Okay, so maybe it wasn’t so simple.

At least not in the tradition that I grew up in. But my guess is that every tradition had its own set of rules about what it meant to be a Christian. Some of those rules were spelled out and others you were just supposed to kind of know (like the dress code on Sunday mornings).

As I left that world behind I was overwhelmed at first.

How could I figure out “The Truth” if what I had been taught was incorrect? Did it mean that nothing was true? Or was I in rebellion and ignoring the truth? What if I was wrong? Would I stop being a Christian? Would I go to Hell? I went round and round and round. There was panic and anxiety. I was afraid. I felt sick.

But that didn’t really sit well with me. It felt kind of hollow. It felt like I was making God out to be kind of small. And honestly, a bit of a bully, ready to strike me dead if I so much as stepped a toe out of line. So I was back to the fear. The sickness.

But then I realized something: this time of growth, uncertainty and even fear was a gift.

It was a gift to be able to go back to the basics of my faith and figure out what I really believed. It was a gift to be able to ask myself what my experience of God was; who had God shown Godself to be in my life? In the world? What could I see as the narrative arc of Scripture? What were the themes in Scripture that were repeated over and over and over again from Genesis to Revelation? How did other scholars understand the Bible? Jesus? Salvation? The work of God in the world?

Turns out, there are a lot of ways to be a Christian.

There are a lot of ways to understand Scripture.

There are a lot of ways to do church.

There are a lot of ways to be faithful.

The joy of being queer and/or trans is that nothing is handed to us. [TWEET IT!]

None of the “rules” that guide the world are a given for us. Instead we need to search and explore. We need to find our own language to describe our lives and our loves. We need to create structures that allow us to breathe easily. We need to envision new ways of being family. Actually, we don’t need to, we get to. This is our privilege. This is our gift. And it’s a gift that, when we share it, broadens the views and life experiences of the rest of the world.

And it is our gift when it comes to faith, too. We don’t have to take anything for granted. We don’t have to simply toe the line, recite the creeds, sign on the dotted line. Instead we get to create and ask and explore.

We get to ask the tough questions:

We get to leave behind simple prayers and to-do lists that show we can measure up and instead rest in the love of a God who is wildly creative and has created us wildly diverse.

We get to ask big questions and not be satisfied with easy answers. We get to wrestle and fight and rest and trust. We get to tear it all down and build something new in its place. We get to be involved in the continual work of growing and evolving and deepening our faith.

Which is sometimes harder because there aren’t always easy answers like prayer this prayer and go to Heaven to forever. There is no “fire insurance” here. Just a daily walking and stumbling path toward God.

But on the other hand, sometimes we can hold on to simple answers: God is love, God loves us, God wants us to love others.

Maybe it is simple after all.

PrevPreviousWhat Do We Do With The Bible?
NextPractical next steps on your Christian journeyNext

Tonight we celebrate All Saints and All Souls. These are actually two separate observances; one is a day to remember 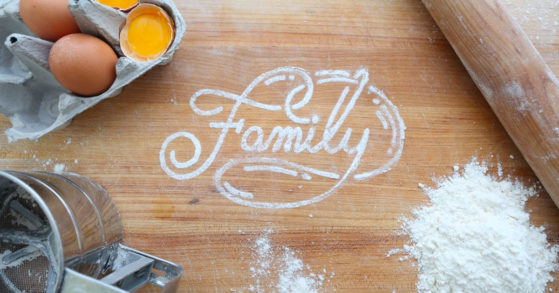