When I was 21, a conversation with my parents about health insurance devolved into an argument about my queerness.

I had come out as gay three years earlier and they had a mixed response. They checked a few of the right boxes: they were quick to assure me that I was still their son, they made it clear they would still help me with college, they loved me and wanted me to be happy. But they also had their stumbles: they asked that I go see a Christian counselor, they never asked about my dating life, they were uncomfortable  talking about anything LGBT.

I did what I thought was the “good Christian thing” to do: I was patient and gracious. I tried to not ruffle any feathers (though I did have a few outbursts of frustration). I was “giving them time and space” for their “process.”

And then three years later we were sitting in the kitchen arguing about whether it was OK for gay people to be camp counselors and youth leaders, whether gay relationships were valid, whether anyone even expected gay people to get married in the first place. And I realized, in that moment, that they hadn’t changed. My parents were, for the most part, in the exact same spot they were three years ago when I came out.

All of my grace and patience and gentle reading suggestions and subtle attempts to talk about LGBTQ topics had done nothing. My parents hadn’t changed because, frankly, I hadn’t asked them to. I thought I was being kind, gracious, patient; I thought I was giving them time and space. But what I was really doing was being silent, tacitly approving the status quo.

The night of that argument, when I realized that my parents hadn’t changed because I hadn’t asked them to, I also realized that if the Church and America are to change, someone is going to have to ask them to change also. And not just ask once, meekly. We are going to have to force the issue. In his Letter From A Birmingham Jail, Rev. Dr. Martin Luther King Jr. explains,

“Nonviolent direct action seeks to create such a crisis and establish such creative tension that a community that has constantly refused to negotiate is forced to confront the issue.”

That day, I decided I would be an “angelic troublemaker,” as Bayard Rustin said. I applied for (and was later accepted to) Soulforce’s Equality Ride and spent 2 months studying nonviolence and theology, including in-person training with civil rights leader John Lewis, and then 2 months traveling the country engaged in activism and speaking at schools, churches, and communities around the intersections faith, justice, gender, and sexuality. In the decade since, I’ve dedicated much of my time, passion, and energy to social justice causes. I do this because of my Christian faith, not in spite of it.

I’m sure you’ve had some similar experiences. Parents who need a little more time, a church that’s still discerning their stance, pastors who have a good heart but don’t quite get it. Whether it’s around LGBTQ issues or something else like race, sexism, police brutality, Islamophobia… I bet there’s been someone in your life who is “not quite there yet” (maybe you have been that person).

And perhaps you’ve even wanted to be more active in creating change in your life, family, and community. If you have a similar stirring in your soul to do something, I see you. Here’s a bit of what I’ve learned from my past decade of faith-based LGBTQ activism.

“Therefore, I urge you, brothers and sisters, in view of God’s mercy, to offer your bodies as a living sacrifice, holy and pleasing to God–this is your true and proper worship.”

Putting your body on the line — literally — is a spiritual act of worship.

A faith-based pursuit of justice is found throughout the Bible.

Micah tell us that what God requires is “to love mercy, and to walk humbly with your God.”

Amos tells us that God “hates” and “despises” religious festivals, but instead desires that “justice roll on like a river, righteousness like a never-failing stream.”

On Palm Sunday, Jesus stages a massive nonviolent direct action by riding into Jerusalem on the back of a donkey, and later that week even goes so far as to destroy property by turning over tables in the temple.

Imagine what our community, our churches, our world would look like if Christians rolled up our sleeves a little more and worked a little more fervently for the Kingdom of God, on earth as it is in heaven?

How to get started with faith-based activism

Activism doesn’t happen in a vacuum and simply being LGBTQ (or loving someone who is) doesn’t automagically make you an expert (if only!). Take some time to learn about the issues you find yourself in the midst of, issues that you are connected to, issues that you can work in solidarity with. And learn from those who have gone before about the tactics that worked — and those that didn’t. Innovation is important, of course, but so is learning from those who have already been doing the work, when possible.

Here are some book recommendations to get you started:

I got my start as an activist with Soulforce, which is committed nonviolent direct action as a means of sabotaging Christian supremacy. Why nonviolence? Here’s how they put it,

This is the nonviolent process that I learned:

Soulforce has a detailed and accessible guide to nonviolence which I highly recommend.

In order to be effective activists, we have to know what’s going on! Some of these groups and resources are not specifically Christian but are doing work around issues that we think are important for Christians. It can be powerful for Christians to work alongside non-Christians on issues that matter to us.

Practice Activism in Your Daily Life

Activism isn’t only being part of an official organization, it also happens in your personal life.

You don’t have to be outspoken and in your face to practice activism. Fr. Shay wrote an article on how introverts can get involved with activism in a way that feels safe and sustainable.

Take Care of Yourself

If you want to be an effective activist, helping make the world a better place… then you need to make sure that you’re taking care of yourself too.

There may be a peer support group you can join at a local nonprofit that centers around your experience (in major cities, healthcare nonprofits often have these, as well as community- and issue-specific groups such as LGBTQ, veterans, immigrants, etc).

You may find therapy to be helpful in taking care of yourself (I know that I do!). If you have insurance, you may be able to see a therapist for relatively cheap. If you don’t, there might be a nonprofit that offers those services to you at no or lost cost. You can also look into virtual counseling with a company such as BetterHelp. We can’t recommend enough that you work with a licensed therapist who does not have a religious agenda. This type of therapist will be much more helpful than a “Christian counselor” through your church or a religious organization.

I know there’s a lot here and the last thing I want you to do is get stuck in analysis paralysis. I know that a fear of doing or saying the wrong thing can take keep many of us from ever taking action.

What sort of world would we live in if we were always ruled by fear of failure? You may mess up along the way and that’s human. The key is to graciously admit your mistakes, learn from the experience, and commit to making things right. We’re in this together.

So today, pick one book to read or one organization to connect with. Take one step today, and another tomorrow, and a third next week. Keep on with the work until that day when justice rolls down like a river. Because together, we’re gonna change the world.

8 Queer Tips to Get Through the Holidays

The Holidays can be a really tough time for queer and trans people, especially for those of us who come 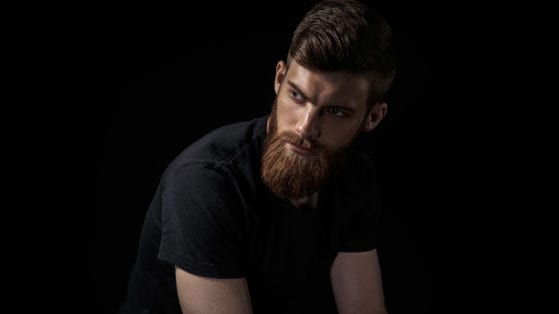